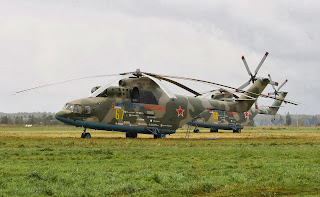 Russian Helicopters’ marketing has been targeting the after-sales sector in Asia, where it sees a good potential for growth, Shephard has learnt.

The business of Russia’s sole helicopter manufacturer in Asia (excluding India and China) could be characterised as a modest one. There are no big contracts at present, and the prospects for the sales of new helicopters in the near future remain modest.

The most recent contract in the region was the delivery of six Mi-171Sh assault transport helicopters and one Mi-171 for VIP transport which was signed in April 2015 with Bangladesh. The deliveries under this contract were reported to be completed in November 2016.

Thailand is among the most prospective customers in the region, the country has already purchased six Mi-17V-5 helicopters.

A contract outlining for up to ten more of the same type, to be used for assault transport, was mulled over in early 2016. There is no information that a deal has been inked yet and signature of this contract is expected to take place in 2017.

Indonesia is now being viewed among the most promising customers for Russian Helicopters within the region.

The country expressed a recent interest in purchasing Mi-26 heavy lift helicopters for military use. This was revealed in December 2016 when a high-ranking Indonesian delegation visited Russia and toured the company’s manufacturing plants.

The Mi-26 is being regarded as a suitable heavy lift transport type for the army aviation which already operates 14 Mi-17s, including six of the newest version Mi-17V-5s delivered in 2011.

Currently, Indonesia has a contract with Russian Helicopters for the overhaul of its five Mi-35P attack helicopters at the 150 ARZ – a maintenance, repair and overhaul company situated in the Kaliningrad district.

South Korea is being regarded as one of the most important markets for Russian Helicopters after-sales services, with the first authorised centre opening there in January 2014.

It is now set for a further growth, in order to cover the entire range of maintenance requirements. The centre is a joint venture between Russian Helicopters and the local company LGI, and is aimed at providing service support to a fleet of 70-plus Ka-32 helicopters operated by a wide variety of government customers in the country.

In May 2016, Russian Helicopters appointed another Korean company, RH Focus Group, as a partner for establishing another dedicated service centre in the country. Within the frame of this partnership, RH Focus Group will act as a dealer for the sales of spare parts and technical services covering the full spectrum of the Ka-32s and Mi-17s support in Korea.

Another important after-sales market exists in Vietnam where Russian Helicopters certified in September 2016 a local service centre, Helitechco, to deal with the overhauls for civil helicopters of the Mi-8/17 series, with prospects at a later stage to get an approval for the overhaul of military helicopters belonging to the Vietnamese MoD.

Myanmar is another prospective customer in Asia, which is expected to place contracts in the foreseeable future for Mi-17V-5 assault transport helicopters in addition to the new Russian Ansat light twin.

In addition, Myanmar relies fully on Russian Helicopters for the overhaul of its aging combat and transport helicopters, with the last contract covering four Mi-24Ps, signed in 2015 and expected to be completed in the first half of 2017.