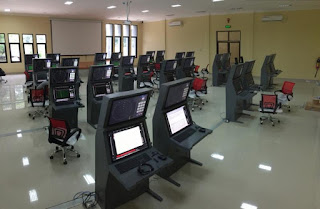 The presence of a delegation of Indonesian Navy has given to ECA Group the possibility to work closely with its customer representatives, who have tested ECA Group Sonar simulator System.

ECA Group meets all requirements of this important customer.

The sonar laboratory is a PC based solution for the training of sonar operators using ECA Group sonar simulation system.

BACA JUGA :  Russia and Indonesia are negotiating the supply of Russian submarines "Varshavianka"

ECA Group sonar simulator has already been validated in the past year by customer Navy operators, who have expressed their appreciation for the extreme reliability and realism of the solution. ECA Group sonar simulation system is based on the principle of the internationally approved sonar theories. 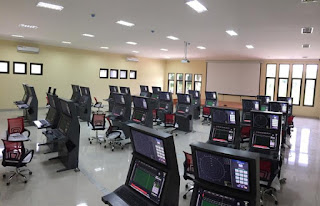 Sonar operators can be trained in underwater and surface vessel detection, classification and identification in a virtualized environment with the same characteristics of the real operational area. Using the virtual reality ECA Group recreates the underwater environment taking into account all environmental background noise, the bottom surface reverberation, the climatic and meteorological conditions and all the conditions that effect the sound propagation in a specific geographic area, chosen by the customer. Navy instructors, using the user-friendly interface of ECA Group instructor software can create realistic scenarios with increasing difficulties in order to train sonar operator from the basic to advanced level.
BACA JUGA :  Rusia Asean Adalah Mitra strategis Untuk Keamanan Regional

The specific sonar laboratory purchased by Indonesian Navy will be a computer based training system (CBT) with all functionalities needed for the submarine sonar operators to be skilled in their professional mission.