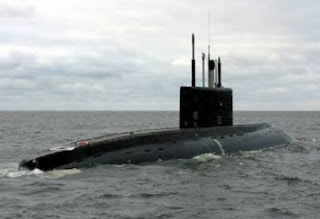 Russia and Indonesia are negotiating the supply of Russian submarines “Varshavianka”

The Russian Federation and Indonesia are continuing discussion of the contract for the supply of submarines of Project 636, the FSVTS of Russia reported.

“Negotiations are underway with Indonesia on the delivery of the 636 submarines. However, it is premature to speak about specific parameters of the contract at this stage,” Interfax-AVN official representative Maria Vorobyeva said at the International Naval Salon on Thursday.

Earlier, submarines of Project 636 “Varshavianka” produced by the “Admiralty Shipyards” (part of the United Shipbuilding Corporation) were purchased by Vietnam and Algeria. In the export version, the submarines of this project are equipped with the Club-S missile system

The submarines of the Varshavyanka project belong to the third generation, they have a displacement of 3.95 thousand tons, the underwater speed is 20 knots, the depth of immersion is 300 meters, the crew is 52 people.
Sumber