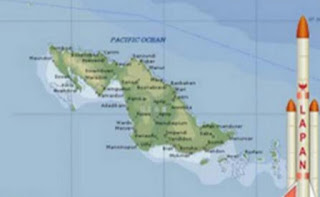 Indonesia is eyeing the possibility of cooperation with China and Russia to support the government’s ambition to set up its first-ever satellite-launch station, National Institute of Aeronautics and Space (LAPAN) chairman Thomas Djamaluddin said on Thursday.

He said Indonesia would also talk with other countries with vast experience in aeronautics such as Japan, South Korea and India to support the project.

Morotai in Maluku and Biak in Papua are the strongest candidates as locations for the project given their proximity to the Pacific Ocean, according to LAPAN.

“The countries are active in aeronautics activities,” Thomas said at the 2017 Ritech Expo venue in the Central Point of Indonesia complex in Makassar, South Sulawesi. The exhibition is a side event of the 22nd National Technology Awakening Day held in the largest city of Sulawesi.

Thomas claimed that China was the only country that had shown an interest in supporting the project. But he stopped short and said “Indonesia would reach out to all [countries].”

The agency has yet to estimate the timeline of the project or estimated cost. But it has set a target of Indonesia having its own satellite-launch station before 2040.

In 2012, then Russian ambassador to Indonesia Alexander A. Ivanov said Moscow had a keen interest in the idea of developing a satellite-launch station in Biak.

LAPAN currently operates a rocket-launch station in Garut, West Java, which has been active since 1965.
Sumber