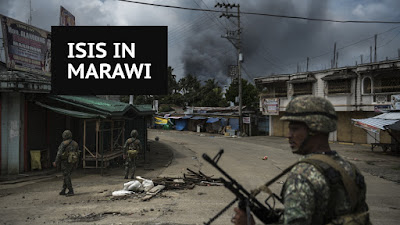 In its editorial on July 3, the paper warns against overzealousness when rendering assistance to combat militancy in Marawi.

Controversy is brewing as to whether Indonesia should accept Philippine President Rodrigo Duterte’s request for troops to help his government fight the terrorist group that now controls part of Marawi city on the southern island of Mindanao.

President Duterte’s invitation is appealing as the military operation the Philippine Army is conducting directly impacts our national security, not only because of the involvement of dozens of Indonesian “jihadists” loyal to the Islamic State (IS) terrorist group in their first campaign outside of the Middle East, but also because of the conflict’s possible expansion into Indonesia.

The IS threat, too, looms large at home as evinced by the attacks blamed on members of its affiliated groups, in particular against the police, since last year.

Jakartans were shocked again late Friday following an attack on two policemen by a knife-wielding man who had prayed next to them at a mosque near the National Police headquarters in South Jakarta. Also, on the second day of Idul Fitri on June 25, two alleged IS supporters, one of whom spent six months in Syria in 2013, attacked North Sumatra Police headquarters in Medan, stabbing an on-duty officer to death.

Authorities also suspect that Indonesian-born IS leader Bahrum Naim, the alleged mastermind behind the January 2016 attack outside the Sarinah department store in Central Jakarta and of strikes in Jakarta, West Java and Central Java at the end of last year, will plot more terrorism acts while luring more youths to IS through his network here.

While the IS is a clear and present danger for Indonesia and the region, a decision to send military troops to help the Philippines must consider several factors.

First, the Constitution says Indonesia should contribute to maintain world peace, meaning deployment of troops abroad is restricted to peacekeeping rather than combat; our role in the UN peacekeeping forces has gained international recognition. Dispatching forces abroad would need the approval of the House of Representatives, which would at least first review our laws including those on the military.

Second, the Indonesian Military (TNI) may lack training for urban warfare particularly in unfamiliar territory – an apparent difficulty facing the Philippine Army so far. Failed plans have cost us decades of war. In the mid-1970s military operations in the now independent Timor Leste were designed to last a few months at best to defeat the guerillas; similar predictions of a short war preceded the conflict against the Free Aceh Movement (GAM).

Third, a lack of preparedness for an overseas mission would sap the state budget needed for infrastructure and our defence system.

In aiding the Philippines we must first share stronger resources that are immediately available – such as by sharing information or participating in coordinated marine patrols to block the terrorist group’s supply lines – for the sake of regional security.