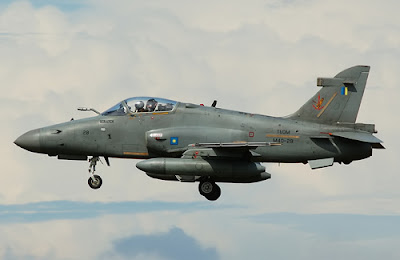 A Hawk 108 fighter jet belonging to the Royal Malaysian Air Force (RMAF) is feared missing after all contact was lost with it over the Terengganu-Pahang border at 11.30am today.

RMAF issued a statement confirming the incident, saying that the fighter jet in question had taken off from the Kuantan Air Force Base, Pahang at 11am this morning before contact was lost half an hour later.

The air force has sent out a search and rescue team following the aircraft’s disappearance.

Defence Minister Datuk Seri Hishammuddin Tun Hussein, in a Twitter message, expressed concern over the incident and prayed for the safety of the pilots.