Home Alutsista Thales Offers Greater Involvement of Local Industry in TACTICOS Development
The Indonesian government is expected to issue a tender for two more frigate platforms in the 2017-18 timeframe. 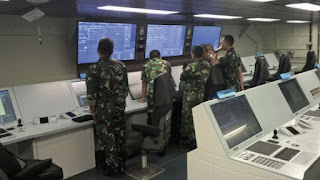 Inside the combat information centre of the Indonesian Navy’s first SIGMA 10514 PKR frigate, which features a variant of the TACTICOS CMS, during its sea acceptance trials in September 2016. (Thales) ☆

Thales is offering greater participation of local industry in the development of a TACTICOS variant should the combat management system (CMS) be selected for future Indonesian Navy (Tentara Nasional Indonesia – Angkatan Laut, or TNI-AL) frigates.

Speaking to IHS Jane’s at the Indo Defence 2016 exhibition in Jakarta on 3 November, officials from Thales said that the TACTICOS variant onboard the first SIGMA 10514 Perusak Kawal Rudal (PKR) frigate already features a number of sub-modules that have been developed by Indonesian defence electronics company PT Len. 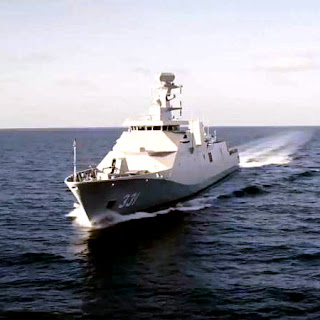 Tender for two more frigate platforms in the 2017-18

The system successfully completed sea acceptance trials onboard the vessel in September 2016, and the same variant of the CMS will also be installed on the second SIGMA frigate, said the company.

Should the system be selected again for the future frigates, PT Len may be developing further sub-modules in the CMS, and this will impart further technical capabilities within the local defence industry, said Thales.

The company has however declined to reveal specifics of the sub-modules that PT Len may be involved in, citing confidentiality concerns surrounding the system.

The Indonesian government is expected to issue a tender for two more frigate platforms in the 2017-18 timeframe.

Garuda Militer - April 5, 2017 0
Russia Plan to Create a Combat Marine MachineBMMP model As he reported on his page on the social network "Facebook" by Sergey Mosienko, within...

Garuda Militer - February 23, 2017 0
Hanwha has developed the K21-105 medium tank. This combination has already completed its mobility and firing trials in South Korea, as well as in...