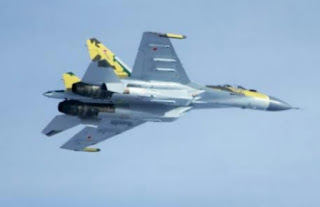 Wahid Supriyadi, Ambassador of the Republic of Indonesia in Moscow, said on August 3 that the Air Force planned to purchase eight of the latest Su-35S multirole fighters. In the future, they may increase the number of aircraft purchases.

We are currently planning to buy 8 planes, but we may increase the number of these fighter jets to 16 by the following. We currently have a squadron of Su-27 Su-27 and Su-30 planes, “said Supriyadi in an interview with Sputnik.

Earlier, he said, the two sides were also discussing the final details of a deal to purchase and deploy production in Indonesia of the fourth-generation Russian supersonic fighter, Su-35. This will make Indonesia the first country in the world to be transferred technology Su-35.

Ambassador Vahid Supriyadi said that the first phase of cooperation in this area, the Indonesian Air Force would buy eight Su-35s built in Russia; Phase 2 is the cooperation of technology transfer production Su-35 to upgrade the defense industry of this country.

However, he did not say how many Su-35s would be produced, but according to Indonesian law, for the country to agree to buy the Su-35, Moscow would have to transfer at least 35% of its technology and assembly line. Production of weapons in their own country.

The air force is using several dozen Su-27 and Su-30 fighter jets. In addition, Indonesia owns a relatively large number of advanced BMP-3F armored vehicles, which are equipped for Indonesian marines. The first batch of 17 BMP-3Fs arrived in Indonesia on 26 November 2010. Another 37 batches were delivered on Jan. 27, 2014.

Answering the question of whether the Jakarta government intends to procure Russian air defense systems, Indonesian diplomats say that at this point the military does not consider the issue of buying Russian systems. S-300 or S-400 air defense missile systems. However, the ambassador announced that Russia’s air defense systems were of the world’s top class, so obviously they were “in the spotlight” of the country’s air defense force.
There are other more urgent concerns.
Sumber via google translate