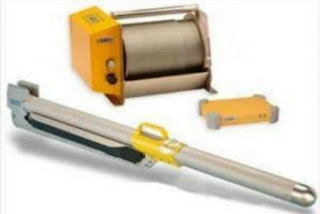 At MAST Asia, C-MAX introduced its CM2 side scan sonar to MONS: “We provide both the hardware and the software for the for the CM2 system,” says Hugh Frater, from C-MAX, “which has multiple applications, including hydrographic survey work, port security and, in its military application, mine counter measure (MCM).”

The CM2 exists in two configurations: the DF (100/325kHz) and EDF (325/780kHz). In 100kHz mode, the DF is particularly useful for searching larger objects such as wrecks or freight containers, whereas in 325kHz mode it can distinguish smaller objects such as mooring ropes, anchor chains, anchors, rock or even seabed texture. The EDF on the other hand offers a higher resolution and gives the most detailed images.

“Compared to a multibeam sonar, the CM2 provides real data information that can be analysed and acted upon immediately, as opposed to being processed later,” continues Mr Frater. The system scans the seabed and provides a high-resolution picture that appears on the monitor of the operator and is also recorded for later viewing. It facilitates the detection of objects of interests and is therefore particularly useful for MCM in the naval domain.

“We have sold systems to the Royal Australian Navy, the Indonesian Navy and the Malaysian Navy,” concludes Mr Frater, “which represents approximately 30% of our business.”
Sumber

Gugun Satria - August 24, 2017 0
Cobham has been awarded a contract in excess of £7M from Korean Aerospace Industries Ltd (KAI) to provide weapons carriage and release equipment for...